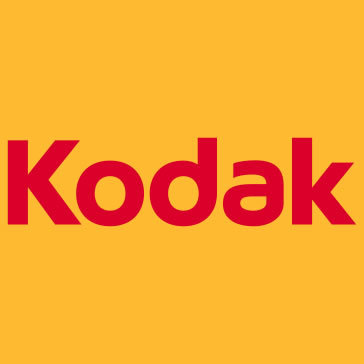 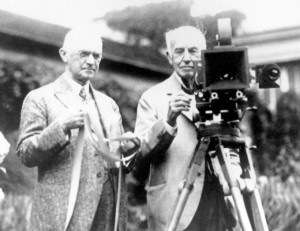 Kodak filed for bankruptcy this week. Everyone knew it was coming, but still it’s very sad.

Kodak was the Google of their day. Kodak always attracted the best and brightest engineers to their campus, funding research projects far afield from their core business (the first OLED screen is among Kodak’s patents, as is cyanoacrylate “crazy glue”). They shared the company’s profits with the employees, paying out regular dividend checks to workers, and had their own theater on campus where you could spend your lunch hour watching movies.

If there was one company most responsible for the electronic gadget revolution, for the proliferation of mobile, social, media sharing, it was Kodak. They put the first “point and shoot” cameras into our hands. (You may not know this, but the disposable camera actually pre-dated the replaceable film camera by a decade.) Kodak created the idea of capturing “the times of your life,”  and “the Kodak moment.” It was Kodak that made it possible to share pictures of the kids with far-away loved ones and kept families in touch through every war of the last hundred years.

Kodak invented the transparent film that made Edison’s motion picture camera possible. They created the film for Henri Becquerel ‘s X-rays, Eadward Muybridge’s motion studies of the galloping horse, Ansel Adam’s stunning pictures of Yosemite, the Lumiere Brothers’ movies, and the cameras we took to the moon.

Kodak was founded by George Eastman, a poor, self-educated, fatherless kid from upstate New York, who worked as a bank teller during the day. At night, he experimented in his mother’s kitchen, trying to perfect a way to produce photographic plates that could be used “out of the box” instead of needing to be prepared in the field before every shot. His vision, when he founded the company at the age of 30, was to “make the camera as easy to use as the pencil.”

Kodak has been one of the most innovative companies in the US for the last 100 years. They hold thousands of patents in imaging, reproduction, plastics, electronics and communications. Kodak actually invented the first digital camera and in 2005, Kodak was the number 1 digital camera in the U.S. The Bayer pattern (which enables your cell phone camera to see color) is a Kodak patent. 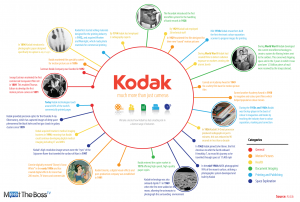 The problem is that Kodak has always made its money in film and chemicals; everything else was just a side business. But today, the film and chemicals business just isn’t what it used to be. In 2000, Americans bought almost a billion rolls of film per year. This year, they might buy a mere 20 million, plus 30 million single-use cameras.

It’s not just the declining market; Kodak has also had big problems with competition. Back when Kodak had a 90% market share, they did not believe that Americans would switch to Japanese film. That’s why in 1984 they let Fuji become the official film of the LA Olympics. Through aggressive marketing and price reduction, Fuji leverage that foothold to take 17% of the US market by 1997 and build a plant in this country. Kodak’s net earnings dropped from $1.29 billion in 1996 to just $5 million in 1997.

Squeezed on both volume and margin, they didn’t have a chance. Kodak had always been in the business of selling cheap cameras and expensive film. The economics of being a consumer electronic components manufacturer are totally different from that. Disruptive technologies are called “disruptive” for a reason.

After a century of innovation and economic opportunity, Kodak will be missed. George Eastman himself was one of the country’s biggest philanthropists, probably second only to Andrew Carnegie. He built the Rochester Institute of Technology, MIT’s second campus along the Charles River in Boston, and endowed two historically black colleges in the South, to name just a few of his projects.

We all owe this company, and it’s founder, a debt of gratitude. But, in this world everything has a beginning, a middle and an end, and it seems that Kodak’s end is in sight. I think George Eastman wouldn’t be disappointed, though. In 1932, at the age of 78 and suffering from a degenerative spinal disease, he took his own life leaving behind a note which read “To my friends, my work is done. Why wait?”