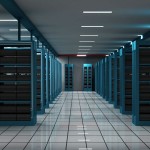 What is the world’s biggest secret? Perhaps you are thinking “the formula for Coca-Cola”, “who shot Kennedy”,” what happened to the Holy Grail”, or “the location of Atlantis”. All good guesses, but these are merely historical curiosities.

Right now, the biggest secret in the world is the encryption key that unlocks the Wikileaks “insurance” file. In case you haven’t been following the story closely, Wikileaks has only published a small fraction of the massive database of government and commercial secrets which were leaked to them. However, on July 30, in response to strong US government threats, Wikileaks released to the world a 1.4 GB “insurance” file.

The file is encrypted with AES256, the same encryption algorithm used by the government to protect it’s own “Top Secret” files. Although Wikileaks has not made any public statements about the contents of this file, its purpose seems clear: in case something happens to the site or to Julian Assange himself, they made a backup of their secrets and stored it in the one place where it can never be destroyed; everywhere. Speculation is that this information bomb contains the balance of the State Department cables, as well as commercial and military secrets ranging from BP to The Vatican.

A binary key is difficult to store and transmit, and it looks like, well, an encryption key.  More than likely, the key hidden in plain sight; a common, publicly available reference (perhaps the first line of Arthur Miller’s “The Crucible”).  To create a 256-bit key like the one above, you only need 29 characters, so “In 1692 19 men and two women ” would do nicely. Of course, you could also make it be much longer.

One thing is certain: someday we will know the answer. It is highly unlikely that several young people will all carry this secret to their graves, never succumbing to pressure, argument or temptation, and never making a mistake. And once we have the key, we will have everything because the file that it unlocks is readily available. (There are millions of copies of it around the world. You could easily get a copy for yourself.)

Cracking the code through “brute force” methods is far beyond the capabilities of the worlds fastest (and most secret) supercomputers. An entirely new generation of computers, based on quantum physics, may have a chance, but that type of innovation is decades away.

Until then, unless someone screws up or forces Julian Assange’s hand, the Wikileaks insurance file will remain one of the greatest mysteries of the modern world.